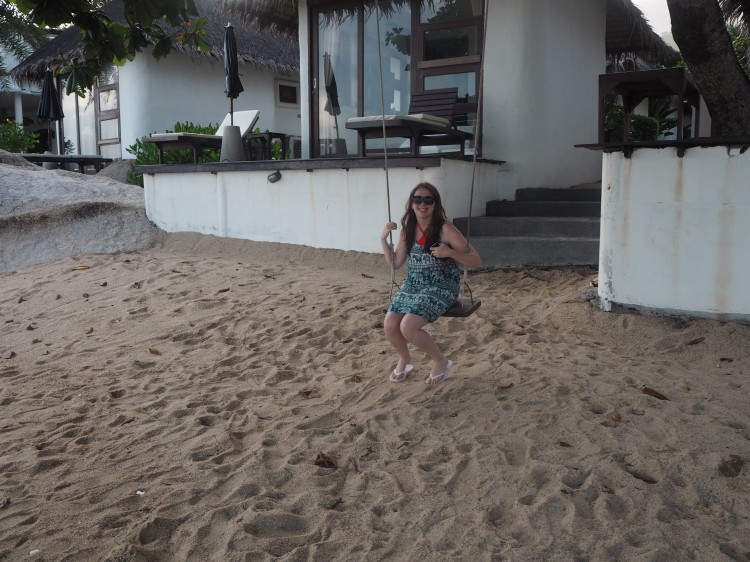 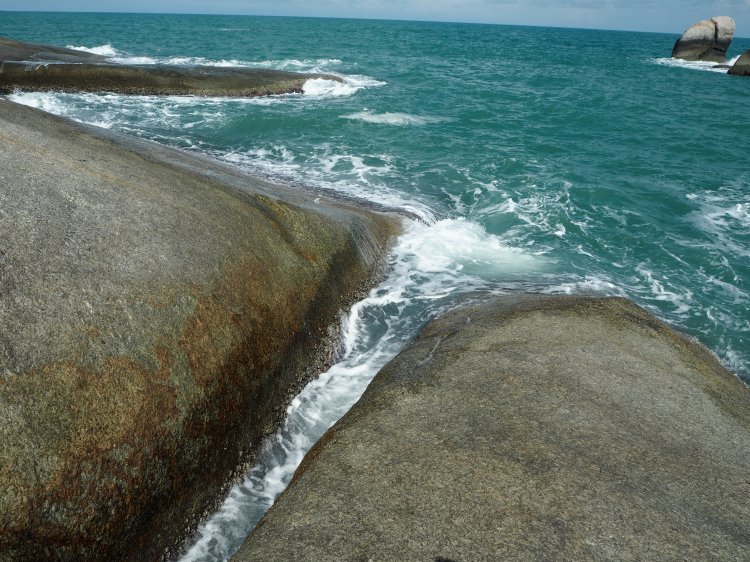 If you’ve read my last post, you’ll know that while we enjoyed Bangkok, mine and Gareth’s main destination in Thailand was the gorgeous islands in the South! We decided to base ourselves on Koh Samui, as a way of exploring the islands in the surrounding area. I have heard a lot condemning Koh Samui for being too touristy and too built up, but hear me out, as there are many wonderful things about the island – you just need to know where to avoid, and where to go!

There are a fair few different areas on the island where you can choose to base yourself, and we chose Lamai. If you’re looking to escape the tourist crowds, I definitely would not choose Chaweng (we avoided it for this reason), as it is definitely where most of the partying takes place! Lamai is the second largest town on the island (following Chaweng), and while it is still fairly built up, there is definitely more of a relaxed vibe to it, while still having a variety of things to do. We were actually staying about 10 minutes out of Lamai (in the Mercure Koh Samui Beach Resort, which was lovely and not overly expensive), so ended up avoiding Lamai beach, as it was a lot busier than the very quiet beach we were based on. The hotel offered a free shuttle into Lamai in the evenings, meaning you can still explore the Night Markets, or go out for something to eat. So if you’re looking for somewhere quieter, but with easy access to restaurants and bars, this is definitely an option! 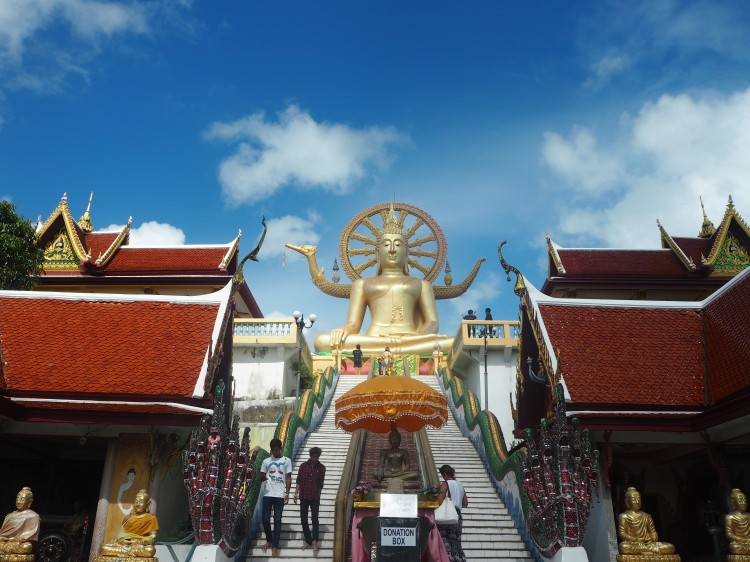 Climb to the Top of the Big Buddha:

The Big Buddha is probably the most famous attraction on Koh Samui (and with good reason), and you can usually spot it when landing on the island! We landed at night, and it was all lit up, so immediately caught our eyes. Although it is actually on a small island just off the corner of Koh Samui, it is connected to the main island by a causeway, and provides great views over the island (if you can be bothered to climb up all the steps anyway!) We visited it fairly early in the morning, so it was still quite quiet, which was nice as it gave us some time to wander round and just enjoy it.

This was one of my favourite spots on the island, and is the perfect place to relax for a bit! While there are actually two waterfalls in this area, we only had time to visit the first one, and it certainly didn’t disappoint. We spent quite a while slipping and climbing over all the different rocks, before finding a good spot to just sit and enjoy the view! Although it was quite busy here, it was quite nice, as there was a good mixture of tourists, and locals who’d just come on family days out and for picnics. It was also much cooler than other parts of the island, making it a good place to go if you’re looking to escape the heat. The only downside to here is that it’s on the route of the elephant rides (which I really urge you not to take part in), so it was a little upsetting to see the elephants being subjected to it. Also, usually in dry season, the waterfall isn’t fantastic (so if you’re a bit tight on time, maybe give it a miss), although we got really lucky as there’d been quite a bit of rain the day before.

This was my absolute favourite part of Koh Samui, and with a nickname of “the magic garden”, you can really see why. Hidden away in the jungle (which means you can only really get there in a 4×4), the garden was created a farmer, Nim Thongsuk, who dedicated much of his life to sculpting the many statues scattered round the garden. There’s also a little waterfall and stream that runs through the garden, and I don’t think I’ve ever visited anywhere like it, so it should definitely go to the top of your Koh Samui bucket list!

This temple is located really close to the Big Buddha, and was probably my favourite of the two. It features two enormous and colourful statues, as well as the temple, set out on a man-made lake. It was one of the most colourful places we visited on the island, and although it was only completed in 2004, it is an active temple, giving you a good insight into Chinese Buddhism.

From the pictures, you can probably guess what these naturally formed rocks represent. Nicknamed the Grandmother and Grandfather rocks, they’re one of the most popular attractions on the island. Ironically, we could actually see them in the distance from our hotel, we just didn’t realise what they were at first! If you’re so inclined, there are many stalls near the rocks selling miniatures of them (although we decided to just buy ice cream while we were there).

There are many viewpoints looking out over the island, and we saw a few while driving up into the mountains to see the Secret Buddha Garden. They’re all stunning, so take your pick!

Unfortunately we didn’t get a chance to visit here, but I thought I’d include it anyway, as I really wanted to! The temple here has become famous for its mummified monk, who wanted his body to be kept on display to serve as inspiration for future generations of Buddhists.

I mentioned in my post about Bangkok, that I was gutted we didn’t get a chance to visit one of the Night Markets there. Fortunately, we managed to while in Samui! There are a few that take place in Samui, but we visited the one in Lamai, which only takes place on Sunday nights. The place was crammed with locals and tourists, and was filled with stalls selling everything from the usual tourist souvenirs, to hand-made goods, to street food. There was also live music, and the atmosphere was just incredible! So even if you’re not planning on buying anything, it’s definitely worth a visit just for that.

As Lamai was the town we were closest to, we made that our choice for just general wandering, which on its own was very enjoyable, so I definitely recommend you spend the time just to explore!

If you’re looking or something a little bit more adventurous, then Koh Samui has some fantastic zip-lining options. We went with Treetop Tours, as theirs was the longest, and from the reviews, the safest on the island. Also make sure to take along your camera, as the guides are more than willing to take pictures for you!

So while Samui is definitely touristy (and I’m not surprised, with it being such a beautiful place), there are plenty of things you can do and see while there, and while some of them are filled with tourists, they’re still worth going to! And whether you’re planning on going island hopping, or using one island as a base like we did, I would 100% recommend at least spending a couple of days in Samui before moving onto the quieter islands like Koh Tao. 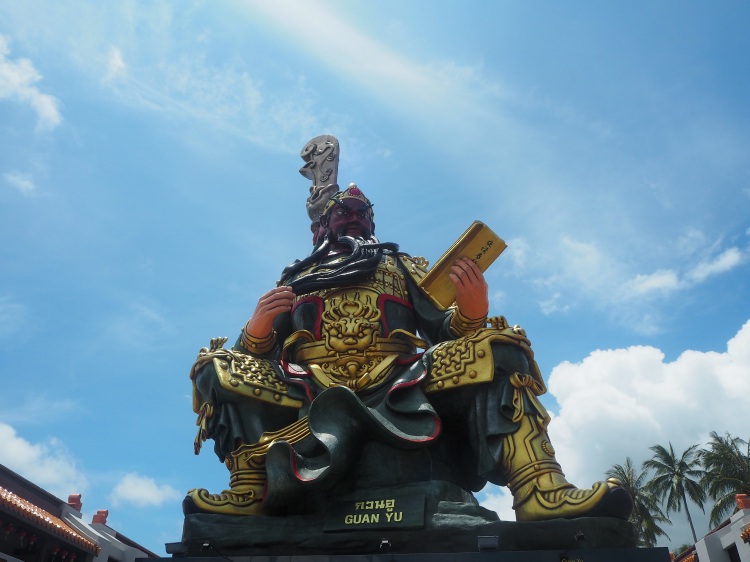 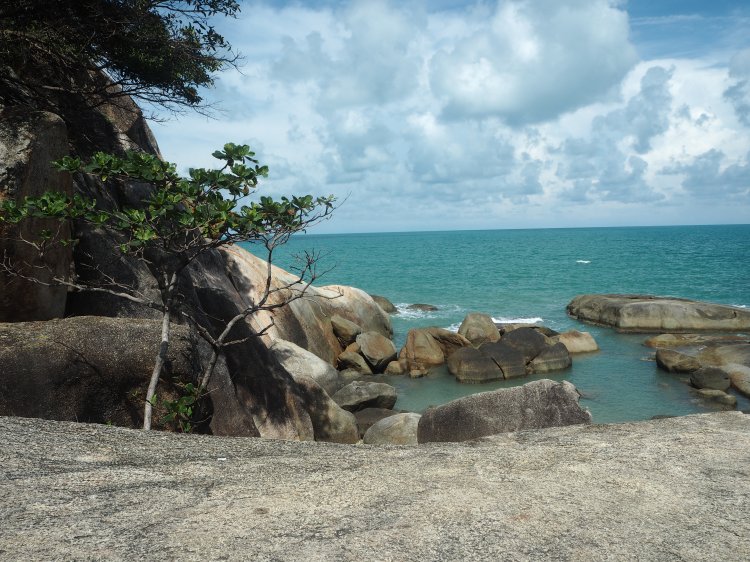 5 thoughts on “Exploring Paradise: A Guide to Koh Samui”